On 4th July 2004, Greece won its 1st European Championship, and n* 21 Kostas Katsouranis was on the field. Quite 15 years later, Katsouranis sent me a Greece shirt with his sign on. It couldn't obviously be worn in an official match, cause he retired in 2015. Maybe he just wore it in an exhibition match, but it wouldn't mind. It's indeed a nice souvenir from one of the most prominent Greec players ever. 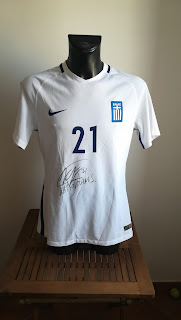 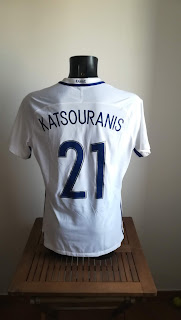 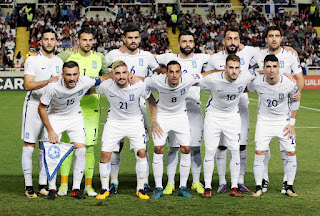