Another shirt you'll never find a good one unless you have it directly from a player who worn it. And that's this case :-D
It had been worn by Salahdin Said in the match against Algeria (September 6th, 2014) and gifted by the player (who now plays in Al Ahly, Egypt).
After trying for a long time to get in touch with him, I managed to do in april 2015 and this is the wonderful outcome, even considering he is one of the best striker Ethiopia national football team has ever had. 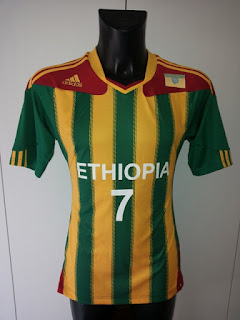 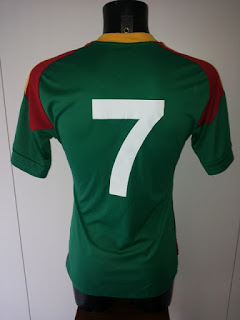 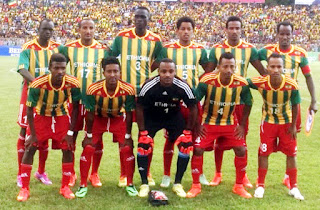