The story of this awesome shirt starts in february 2015. I contacted a syrian sport journalist that I know was working also with national team, his name Nadim Aljabi. After we met, he promised to get a Syria jersey. After a few months he had it, the problem was sending it in Italy given the dramatic internal situation of Syria, between civil war and IS. The solution was to hand over the shirt to the Italian embassy in Damascus; from here on, I lose track of it.
After a few weeks (we are now in mid-June), I get a call from the Italian embassy in Beirut (Lebanon), who informs me that the shirt will be soon sent to Rome and from there to my house. After a long journey this rarity is finally in my hands! Many thanks to Nadim and all those who have worked to help me!
The shirt should be issued for Syrian Olympic team. 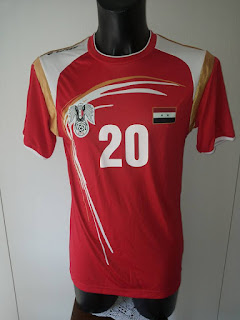 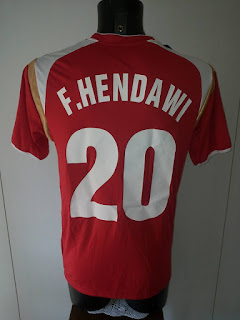 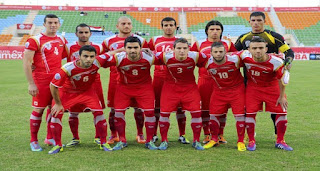