This shirt was issued for the game Spain vs Ukraine (1-0 in Euro 2016 qualifiers, played on 12th March 2015) for Taras Stepanenko, who instead played with short sleeved shirt.
The shirt was obtained few days later in L'viv after the game between Ukraine and Latvia by a contact in latvian team. 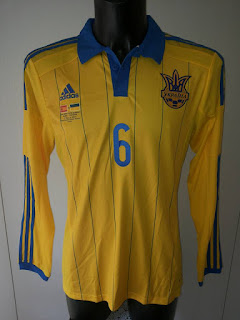 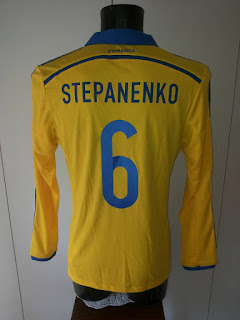