This was probably one of my best effort in getting a shirt. It needed of a couple of years of talks with such a great person, whose name is Ali Ahmed. He works for the federation and is always around the world, as though he had a chance to come to Europe he broughtin his luggage a shirt, sending it from Sweden. We could also meet in Rome, where his plane landed, but due to work I couldn't be there. I hope to meet in the coming months!
The shirt is very rare; It is the kit used by Somalia in the Cecafa 2013 and in the last qualifiers for the World Cup. It's the first time I see a legit and original one, with the correct logo of the federation. 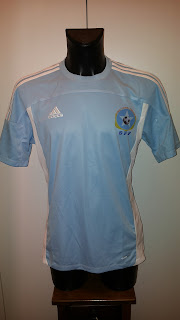 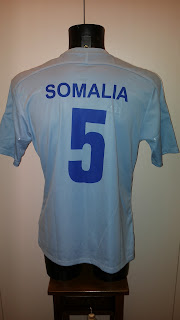 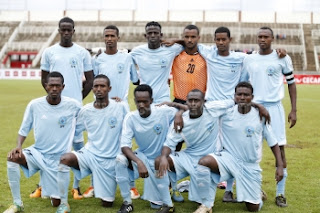