Kosovo is, together with Gibraltar, the newest Fifa member. FIFA admitted Kosovo as its 210th member at its 66th Congress in Mexico City on 13th May 2016, and I was immediately eager to add their shirt into my collection. A shirt that I searched a lot during past years, but with no chance to have it. My savior has the name of Edvar Celina, father of Manchester City and Kosovo young star Bersant Celina.
He helped me giving the issued shirt of Mergim Brahimi (who was not allowed to play by Fifa having played previously with Albania and Switzerland) and the training shirt of his son. Both comes from the friendly vs Faroe Islands on 3rd June 2016, so the first Kosovo official match under Fifa! Amazing! Thanks to all Celina family! 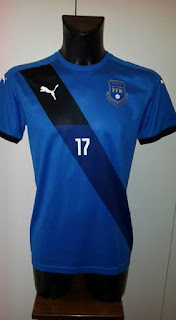 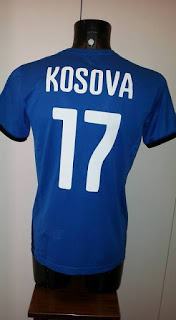 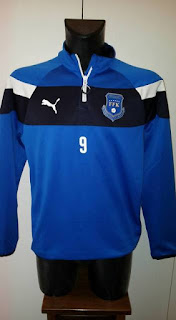 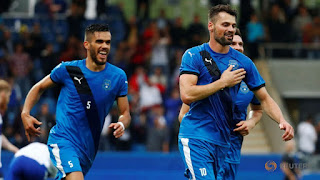