Extremely rare Swaziland shirt, comes straight from the african country thanks to my friend Nyoni living and working there. He had this gem from a former player, Jabulani Maseko, who worn it during Cosafa Cup 1998.
I found a photo of the team wearing it, nailed on the wall in Swaziland FA offices :) It misses the number on front, but it could had been added in a later tournament or on player's will. 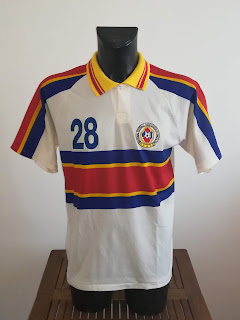 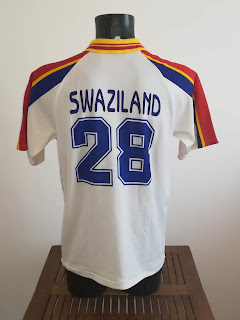 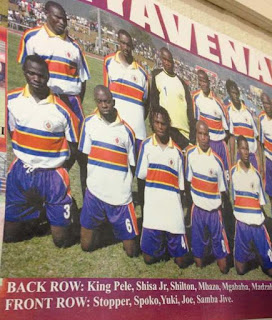