After chasing for a long time a Libya shirt, in a short period of time I managed to get two! This one indeed is quite precious one, considering it should be a match worn. It come from Libyan Football Federation technical director Mohamed Werfali, and was gifted to him by a national team player he coached at youth level, Muftah Taktak. I can't determine in which match it was worn, cause it's the model of the successfull 2014 Afcon campaign, but this kit had been used widely even in the following years. 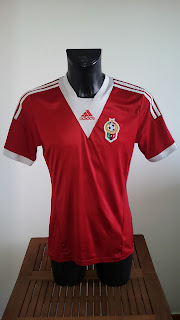 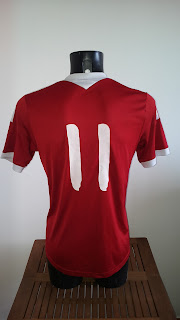 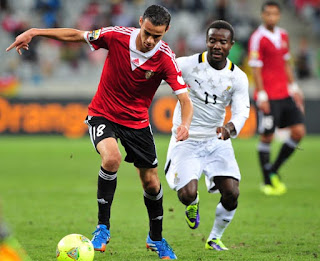